My bishop wrote an article:

At a cursory glance, it's hard to argue with it.  The facts are clear: #1. Mainline Protestant churches are in decline.  #2. They do tend to have a survivalist mentality.  #3. They are (mostly) concerned with retaining members--the insiders and keeping them happy instead of reaching out to those on the outside.

But there are some very substantial, very troubling things about this article--things that disturb me greatly.

Let's begin with the theory:

My theory is that the mainline churches have ceased to be relevant to the culture, because insiders trump outsiders every time.

So, to which culture has the church ceased to be relevant toward?  And as far as insiders trumping outsiders...well, let's leave that alone for the time being.  Don't worry, I'll come back to it.

More facts on the ground: insiders are inherently change-averse. People don’t like change, especially those who have status in the church. Pete Steinke taught us that every church is an emotional system. Some people are benefitting from the system as it currently is. Some benefit emotionally. They are revered as church saints. Or they are validators to whom everyone turns for approval of decisions. They are having an emotional need met by receiving recognition. Or perhaps they are simply tirelessly defending The Tradition, regardless of how new or unhelpful that tradition may be. People in power, who have privileges in the current system, will resist change and make life really hard for any leader who seeks to be a change agent. Pastors are paid from members’ giving, so there is a potential conflict of interest. If they do the right thing, some leaders will end up losing their job (or up on a cross, to reference an often-told story).

This is a misread of Bowen Family Systems Theory with some statements of truth but with quite a few missteps.  #1. Yes, the church is an emotional system.  Not just each congregation, but the entirety of the church.

#2. It's not just some people who are benefiting or who are in power are getting emotional needs fulfilled, etc.  This is a misunderstanding of systems.  Systems operate as they do because all people involved play the role the system has set for them.  That might sound strange, but it is true.  Not only are the "power" people having their emotional needs met, so are the "powerless."  This is what makes systems so difficult to change--in fact, Bowen System's Theory says that systems cannot be changed, only one's role within the system can be altered, but that leads to an entire different set of problems as the system tries to drag you back to the way you were operating before.

#3. If you think #2 is off base, put it to a test within your own family of origin.  Next time you go home, act differently.  Put yourself into an entirely different mind set and see what happens.  If your kid defies you, and it is your norm to begin yelling, try talking quietly.  See what happens.  Odds are, your kids is going to exacerbate his or her behavior to get you to start yelling again.  The system will try to draw you back to the original way you behaved.

The world is hell-bent on destruction in countless ways. It is desperately in need of a church that offers a Way of peace, truth, compassion and hope, as opposed to the world’s way of power, materialism, exploitation and violence.

This is where some of the interesting insider/outsider stuff starts coming into play.  For if the outsiders are part of a world where power, materialism, exploitation, and violence occur, and they are caught up in that kind of system, what makes us assume they will want to have the qualities of peace, truth, compassion, and hope?  If they are caught up in the system of the world--a system where they are fulfilling a role, what incentive to they have to break out of that system and become a part of another?

Frankly, I see fewer and fewer within the Protestant church who have the capability to offer any sort of apologetics for it.  Most mainline denominations have bought into the postmodern culture as it is.  That culture doesn't believe in Truth.  That culture doesn't believe in moral absolutes.  That culture believes in the credo: believe whatever you want and do whatever you want as long as it doesn't hurt anyone else.  It believes in relativism, and for the most part, the mainline has gone right down that path as well.  We are a part of the system, and in some cases, we even bless it.

I have stated this before, and I will do so again.  Even within the ELCA we have no standard of anything other than be good and help those less fortunate.  Even in our Book of Faith initiative, we didn't ask the question of how should Lutherans read the Bible.  We simply wanted to know how Lutherans read the Bible.  Relativism.  We buy into it hook, line, and sinker.

And if one dares question such a thing, one is summarily dismissed.  Closed minded is a wonderful polemic that is used without even addressing the deep underlying assumptions within.

If indeed the Church is the place for peace, truth, compassion, and hope, we better do a doggone good job of apologetics to a world that doesn't give a damn about such things.

It [the world] needs a church that so loves the world, that she’d be willing to die for it.

Which brings me to this:

So here’s the plan. New policy. Every decision, every single decision made by staff, council and every committee is made on behalf of those not yet here. Every sermon choice, every hymn, song and musical choice, every building and grounds choice, every spending choice is made with outsiders in mind.

No.  Absolutely not.  There is only One we really need to keep in mind when making decisions in the Church--Protestant, Catholic, Eastern Orthodox or what have you: Jesus Christ.  Every sermon choice, every hymn, song, and musical choice, every building and grounds choice, every spending choice is made with Him in mind.  If we place our attention on outsiders, insiders, inbetweeners, or whoever, we are making our decisions on the folly of people.  We are buying into fads and whims.  It is only Christ and discerning and doing His will that will make the church relevant to society once again.

I believe you are free to place your eggs in the basket of the outsiders all you want.  There are those who are free to place them in the basket of the insiders.  I'm putting mine in Christ's hands.  He's the one with the power, the authority, the way, the truth, and the life.  He's the one who has saved the world and who will save the church--even despite our best efforts to trash it.
Posted by Kevin Haug at 10:48 AM 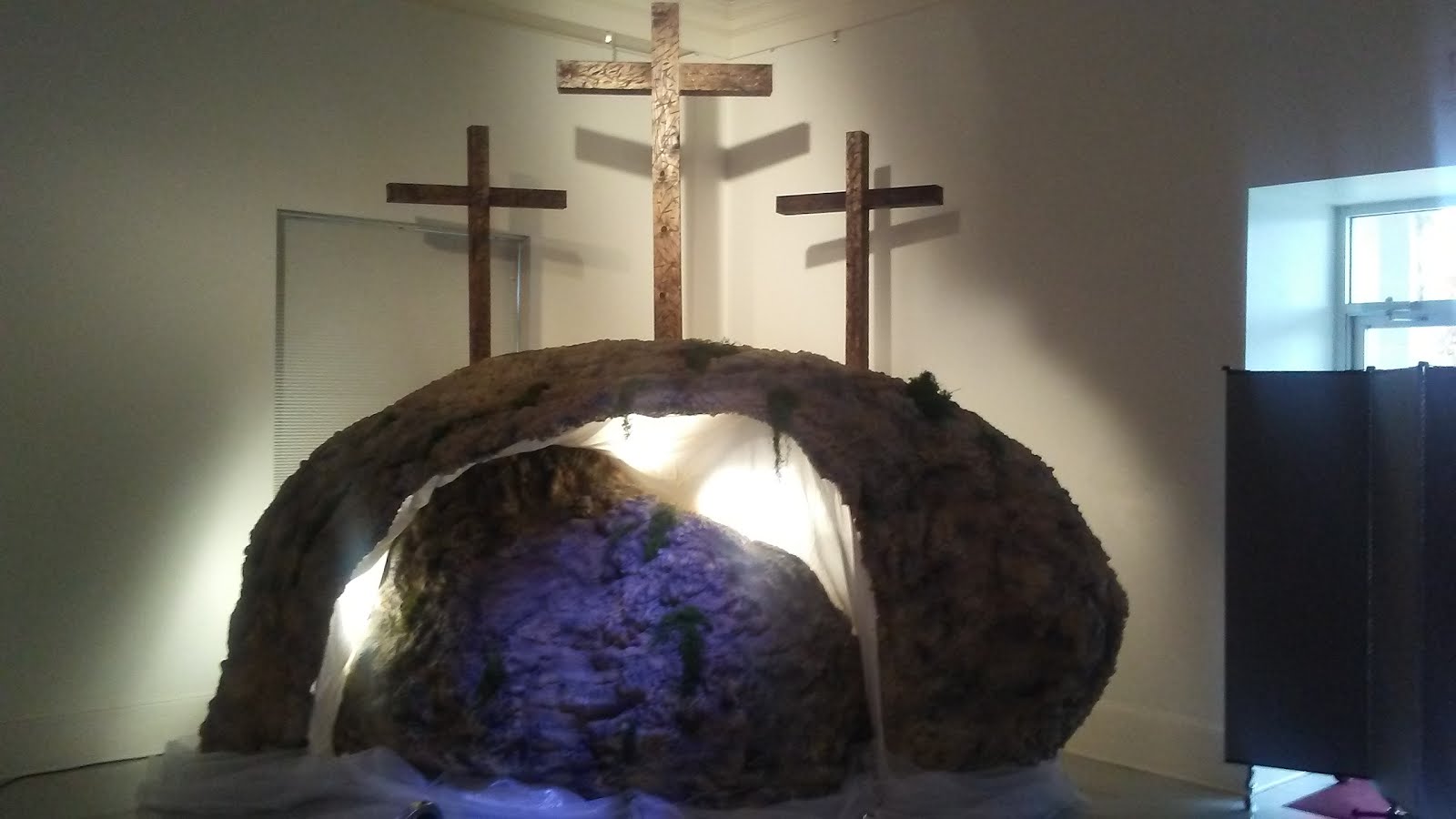